A TALE OF TWO TOWNS; Chapter 1

This article takes an in-depth look at in-transfer QB Ricky Town’s backstory and it is an interesting one. Usually when a player comes onto a school’s roster one take’s a glance at where and when he played his football previously but in this case the more I read about Town the more curious, and then interested, I became so I started making phone calls to learn more about the young man. From there I felt his was a story that was waiting to be told in deeper terms. First though here is some background on the Pitt football program, our present transfer policy and the new players’ impacts on the team…

Pitt Head Coach Pat Narduzzi has lived and died with in-transfer players since he arrived at Pitt in 2015 for his rookie head coaching job after being a long time defensive coordinator for Michigan State.  The nice success in his initial two years here, when he posted back to back eight win years (the most since 2010), was in large part due to the play of graduate transfer QB Nate Peterman.

Peterman transferred from the University of Tennessee to Pitt on the recommendation of his old Volunteer Offensive Coordinator Jim Chaney, who held the same position at Pitt in 2015 and so chose to play his last two years of NCAA eligibility with the Panthers.  Peterman took over the starting QB position from incumbent starter Chad Voytik in the 2nd quarter of the second game of the 2015 season and never looked back. 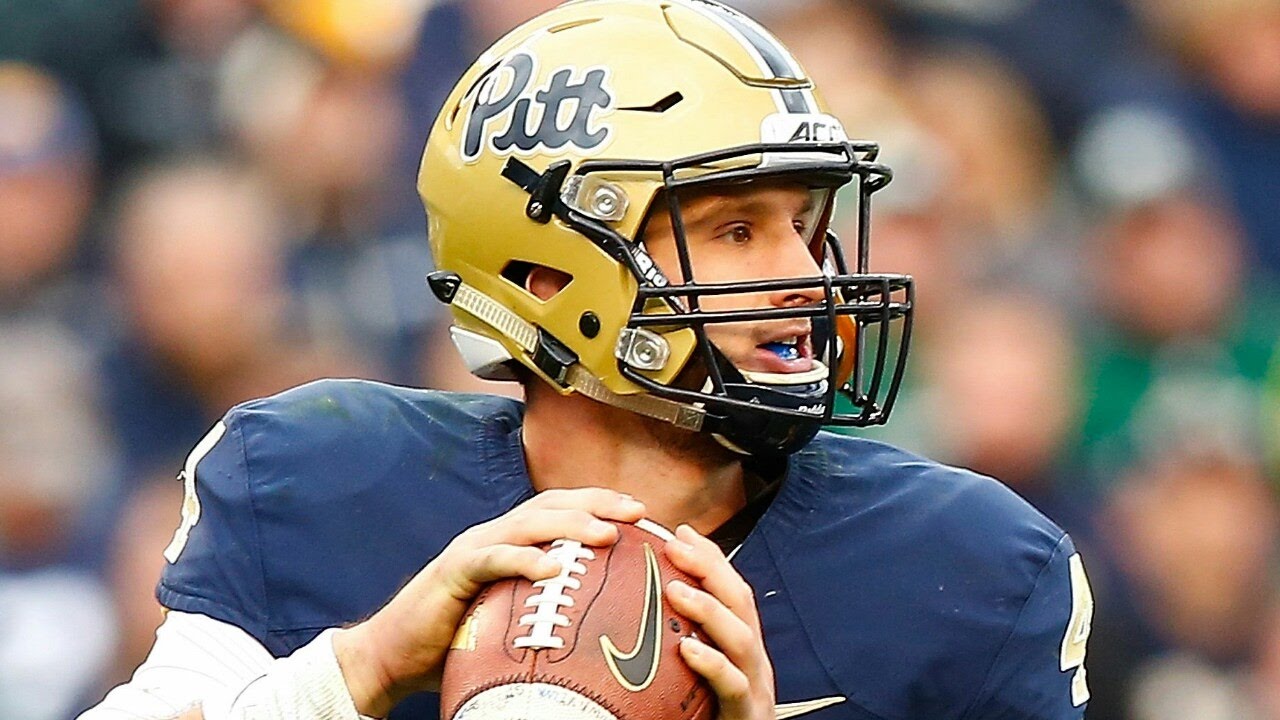 With Pitt’s decent defense that year (the last good play we saw from that unit for two more years) Peterman played well enough for the Panthers to finish with an 8-5 record.  He had actually out-played the incumbent starter Voytik in 2015’s fall camp but Chaney and Narduzzi decided to ease him into the starting lineup once the season started.

However It was the 2016 season when transfer Peterman really shone with a season that stacks up with the best by a QB in Pitt history, including the great Dan Marino’s.  His career stats line was this below with his 2016 work highlighted:

A key indicator of QB production is the Passing Efficiency Rating (“Rate” above). A 163.4 QB Passing Efficiency rating is almost unheard of at Pitt, he was that good. If we compare his Pitt career rating to previous Pitt QBs who played well for us we have this: