Here is another “Bio” piece, this one by long time reader and frequent commenter “Pittman4ever” (Jim Gianoutsos).  I strongly urge all of you to take a moment to jot down your own earlier Pitt memories and I’ll post them then compile them into a set piece later. Add photos if you like – or I’ll add some visuals here and there – and send it to me as a Word attachment via email. But please chip in…

We all have our own story as to how in the world we became fanatic Pitt fans!!!  The following is my story and I look forward to hearing yours!

…..It all started in 1923 when an immigrant couple originally from a speck of an island in the Greek Isles gave birth to their third child, Nicholas James (my Dad). The Gianoutsos house (pronounced “Ja – new’- chess”) was on a large hill on upper 5th Avenue, known in that day as the “SoHo” section of Fifth Ave. 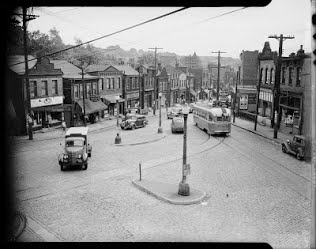 My father grew up within a walking distance of Oakland and Pitt Stadium back when the Panthers were the greatest college football team in the world, winning National Championships in 1929, 1931, 1934, 1936, and 1937 (not to mention 1915 & 1916). He used to tell me that when Marshall Goldberg was part of the famed “Pitt’s Dream Backfield” the Pitt Center would point to where the run play was going just to let the opposing team’s defense know – and they still couldn’t stop it!

He also shared the story when one Saturday the Panthers were playing a big game and to his chagrin, the game sold out early. No problem! He rounded up about a 100 guys who were also without tickets and they rushed the main gate, getting in with little resistance!