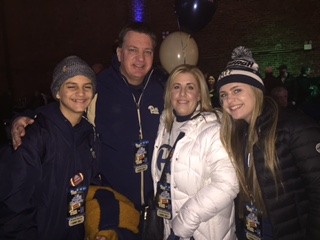 My fellow POV readers. Here is a direct request from our fellow Pitt fan Eric Wassel. He needs a new kidney, it is as simple as that.  Please read his letter to you below closely and think about trying to help. I’ve included some thoughts of my own as a postscript.

I saw a story a few weeks ago about a gentleman who was a Penn State fan who was in need of a kidney transplant, and who went to Facebook to make a plea. He was a retired schoolteacher. One of his former students, an Ohio State fan, had herself tested and became his donor. It was/is a very nice story. Google it.

Hearing that story made me decide that its time for me to ask for help.

As some of you know, I am in need of a kidney transplant. And to be honest, I’d much rather have a kidney from a fellow Pitt fan/alum, than from a Nitter or Hoopie. (For that matter, I’d probably be best to avoid the kidneys of some of you guys given my observation of alcohol consumption at POV tailgates!).

All kidding aside, I’d be grateful for anyone who is willing to help, and would be especially appreciative of any PSU or WVU fans.

So I’m going all in, and putting out the word to my fellow POVerts:

I need a kidney donor.

Unfortunately, I have exhausted all avenues with my family and friends, many of whom have been willing to donate. Unfortunately, none of them are my blood type (O), or otherwise have been rejected as donors by the University of Pennsylvania for some other legitimate medical reason. (Side note: Wanted to have the surgery at UPMC, but due to my Highmark insurance, I was turned away. Ridiculous).

I just completed some additional medical testing this week, and expect to be approved for surgery any day now. But in absence of a donor, I’m stuck in neutral. Maybe my donor is out there in the Pitt community somewhere.

My email is eric.wassel@gmail.com should you wish to contact me.

Thank you all in advance for your consideration, and for the kind words that many of you have expressed to me to date.

P/S: Reed here…I’ve shared on here my own experience of (almost) being a kidney donor to my next door neighbor.  Sam, my neighbor, was 75 years old, African-American and in desperate need of a kidney transplant. I had known he was ill but not the extent of it.

When I asked his wife what was happening  she told me about Sam’s transplant need and I asked how I could help.  Well, she whipped out some papers and asked if I would test for donorship, so I did that afternoon.

To my thinking I was about as far as possible removed from the donor pool for Sam due to our many differences but, just like as has happened with Eric above, all his relatives and friends who had tested for Sam came back negative…except for the ultimate long shot…me.

Shocked, but very happy, discussed it with my family, they were all in, and then agreed to go through all the additional tests and then donate my kidney.

Honestly all that was amazingly very easy to do, up to a point. A week from the scheduled surgery date the doctors re-did one single test based on how large I am (6’6″ & 250) and it showed a miniscule bit of plaque which disqualified me immediately and at almost literally the last-minute.

I offered to waive any and all liabilities so that we could go on with the surgery but we couldn’t. Of course I had been smoking for 30+ years and drank a ton also…and even with that I almost  made it…and you all are probably in much better shape than I was three years ago.

So – my point with this is to tell you that I was rather shocked at how easy and non-stressful the whole process was for me as the prospective donor. I read all I could, talked with other donors and was completely fine, emotionally and mentally, with giving a kidney – because we truly do only need one to function as if we had two. In reality we carry a spare kidney with us.

With that I urge each and everyone to read the letter from Eric again and think long and hard about helping a fellow human in the most profound way.

Thanks so much and if you have any questions at all about donorship please drop me an email with your phone number and I’ll tell you all I know. If you qualify and have worries I’ll drive to wherever you live to talk to you in person if you need – it is truly that important.

I had many friends ask me why I would do this for someone who wasn’t a family member and I told everyone who asked that the same thing…because it is our highest calling in life to save another’s.  And that is what you will be doing.

I believe in the good of humanity and think all of you do also. We care and we act and we try our best to help others, even if we don’t know them that well.

BTW after Sam and I did all the testing the doctors determined he was healthy enough to be placed on the transplant waiting list. Sam got his new kidney nine months later and is doing great! 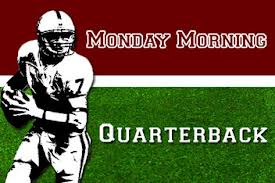 Real busy folks so you’ll have to carry the ball…might be travelling this week for some funeral and memorial services.

Pitt pulled off a big win Saturday when we outlasted the Duke Blue Devils 54-45 and sets us up nicely for the stretch run for the ACC Coastal crown.

Kick in with your Good, Bad and Ugly. 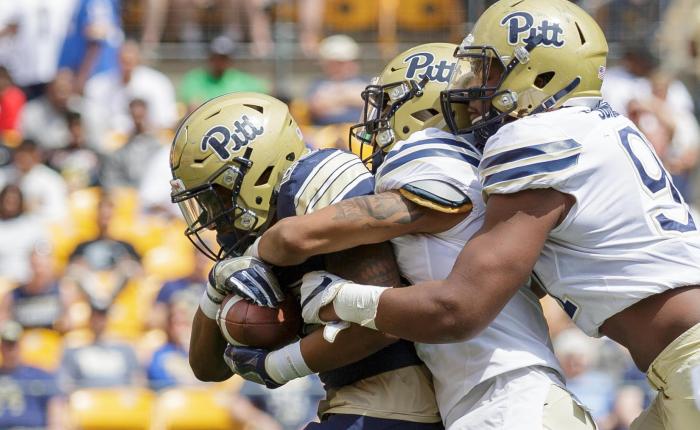 NOTE: Right now all the thoughts and cares I can muster go out to my hometown and the beautiful neighborhood I grew up in. The shooting murders at the integral and so very important Tree of Life synagogue have broken my heart. My childhood home was on top of Negley hill and all my many Jewish friends attended services and conducted their mitzvahs there, just as I attended so many as an invited guest.

Please let us do what we can to help today for immediate issues and in the future to try, somehow, to prevent this acting out in hatred. We cannot just be observers any longer.

I urge each and every one of us to take a long, hard look at the problem and do what we can both as individuals and collectively to make changes. 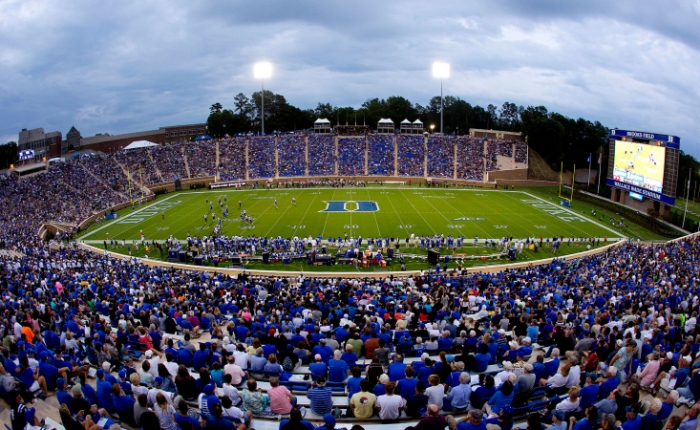 At 3:30 in the afternoon this coming Saturday Pitt will begin a five game series that will go a long way in seeing which direction the football program is heading.  We’ll host the Duke Blue Devils for our “Family Day” Game.

Duke has been spotty lately – they came out of the gates with a 4-1 record beating some pretty decent teams then screech to a halt with a 1-2 over the last three weeks.

Not that is terrible mind you, after all we also are 1-3 over our last four games.

We need this game to get some sort of momentum going into our last bit of the ACC games we’ll play.  As of right now the only feather in Pitt’s helmet is that we “almost won” against Notre Dame.  Fans were happy with that because like our other two ‘big games’ we didn’t get our asses handed to us by a 36+ yard average Other than that we’ve been pretty mediocre…

This one’s outcome might allow us a seven win seasons but a loss might see us with the reverse with seven losses. 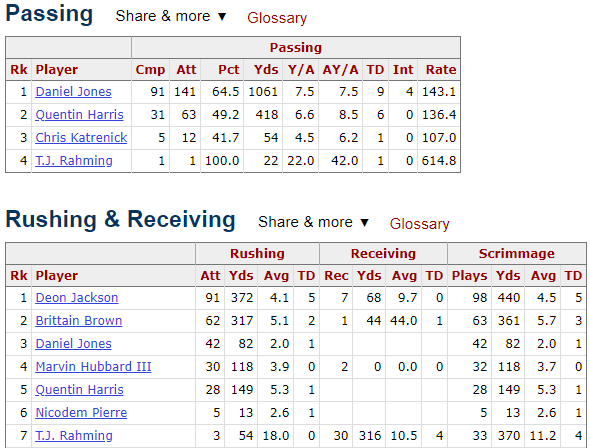 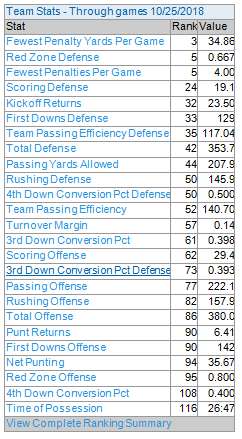 This one is tricky because we’ve seen Narduzzi’s teams come out of a tough game like ND and do well the next game …and the opposite also.  Duke has some good things going for them like their passing game – 17 TDs to 4 INTs is a nice job and their 3rd down conversion defense – both things that we are poor at this season.

Here how the oddsmakers over at Sharkodds.com see the game: 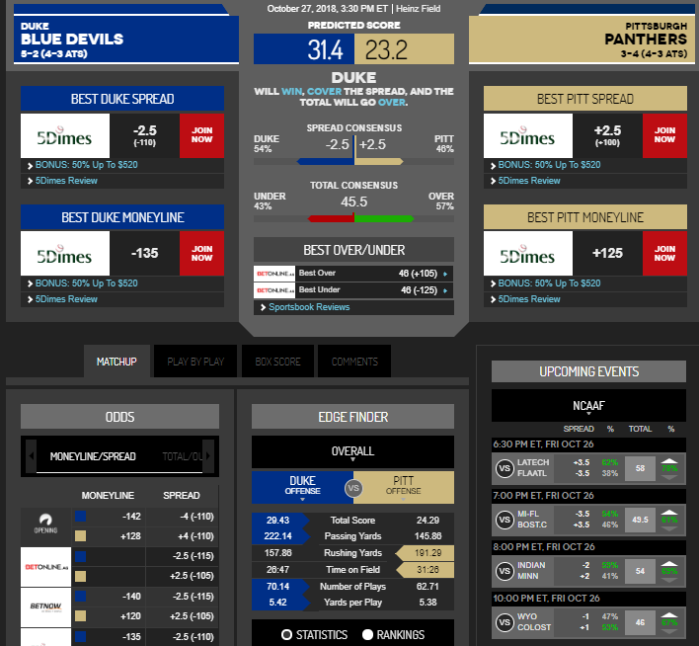 This will be a close one but I think Pitt has something left in the tank for winning two more games – this might be one of them.  We’ll have to run like hell over the Blue Devils though I don’t see our offense becoming pass accurate all of a sudden.