Here is a submittal from our reader and commenter Ajs32.  Another great slice of life piece and this, and the writing that all you others have contributed, is truly what separates the Pitt POV from any other sites. Bar none.

My Pitt story isn’t all that dramatic, but it is ironic that I ended up loving the school I desperately did not want to attend.

My love affair with Pitt sports began in the early to mid 1990’s when as a ten-year old, my father who was a Pitt engineering drop out, got me into following the basketball program.  I was a huge fan of Jason Maile, Jerry McCullough, Eric Mobley, Chad Varga, and Vonteego Cummings.

Pitt basketball often lost more than it won in those days and I would get agitated when we would lose to Seton Hall and especially Syracuse.  I remember thinking as a fifth grader, “We will never beat Syracuse in basketball, never.”  I also remember watching an NCAA Tournament with my father during this era and Cincinnati was doing great.  I asked, “Why can’t Pitt win like them?”  My dad said, “Cincy is big time basketball, we just aren’t.”

Unfortunately, as time went on, my father began to lose interest in sports in favor of following politics (yuck) and completing home improvement projects, (double yuck) and I became obsessed with the NFL.

I was a huge Steelers fan growing up in the North Hills and I also cheered for the Buffalo Bills because Jim Kelly is the uncle of one of my friends.  Meeting Jim Kelly, getting autographs from him, and just being in his presence was an awesome thrill.  My love affair with the Steelers would quickly end though because in seventh grade, I saved up $60 which was no easy feat and I purchased a Kordell Stewart jersey. 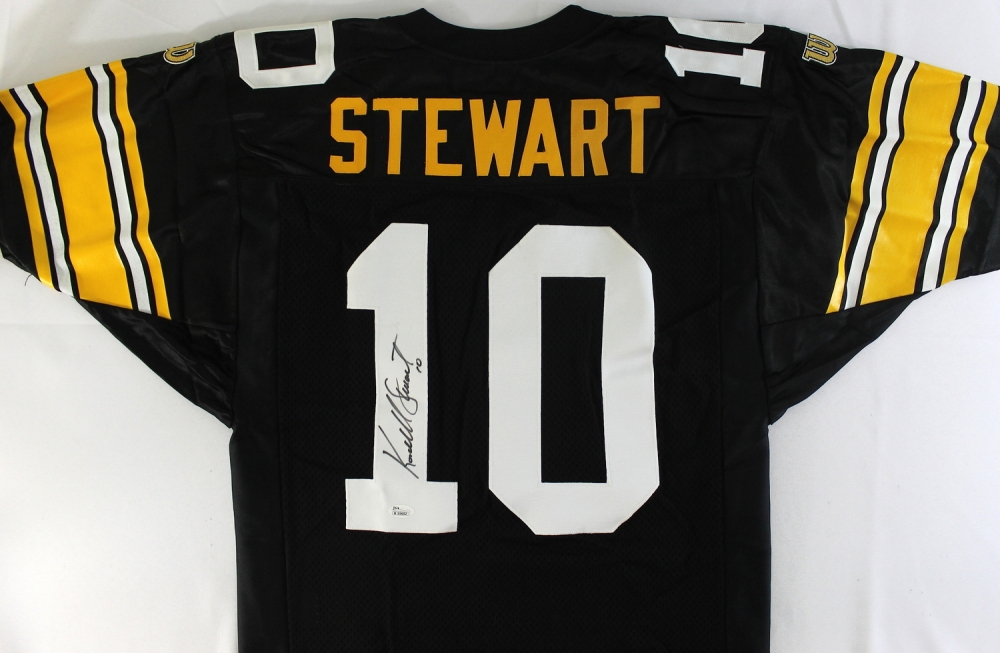 My father was less than thrilled with the purchase, not understanding that I would turn into a jersey and autograph junky.

As fate would have it, two months after buying his jersey, I saw Kordell Stewart leaving Lens Crafters at a nearly empty Ross Park Mall with a beautiful blonde on his arm.  My mother saw I was in awe and nudged me to go ask for his autograph.  As a shy chunky dork with no self-confidence I strolled up and asked him, “Mr. Stewart, may I have your autograph.”  He stopped, looked at me strangely, turned and walked away, and I was crushed.  From that day forward I never again cheered for the Steelers but still follow the Bills and the Browns, and I turned more toward following college football.