I’m sticking with the SaturdaysAreBetter website for inspiration here.

John Baranowski has hit another home run article with his Feb 13th piece on Pitt’s All-Time Football Team.  I strongly suggest not only do you read this article but to also put John’s website in your morning “have to read” links to stay on top of the college football world.

John doesn’t just write about Pitt football but spreads his wings over the whole CFB landscape – for instance his latest article is about how many national titles might have Bear Bryant won if he was coaching under a college football playoff system.  Very interesting.

In his Pitt All-Timers piece he lists some of the players I wrote about yesterday when we discussed what makes a die-hard Pitt fan do what he does.  I said it couldn’t be the won-loss record as that has been pedestrian over the last 30 years, so the amount and quality of star players who have passed through the program has to have something to do with our love of Pitt football – and boy, we sure had a lot of them…

Of course all football team discussions start with the QB and John has this to say about Pitt’s best:

Back in 2011, after trying unsuccessfully to find a recent article regarding an All-Time Pitt Panthers football team, I wrote the following article that can be found at: http://bleacherreport.com/articles/789636-announcing-the-pittsburgh-panthers-all-time-football-team. The past six years has allowed us sufficient time to revisit the subject and to see what players may have earned their way on to Pitt’s all-time team.

Pitt’s all-time team would rank among the best that have ever played college football. Presenting the updated University of Pittsburgh’s All-Time team:

Funny but I both agree and disagree about this pick.  I am one who doesn’t think Marino was all that fantastic in college – mainly because of the horrendous amounts of interceptions he threw… and that fact that his surrounding cast, as you’ll read in John’s article populated by many other Pitt All-Timers off those teams, covered up so many of those errors.

I’ve a feeling that if Marino wasn’t surrounded by that team he had in 1979-1981 he’d have had more season like his SR year where he played rather poorly. Here are his Pitt stats:

Here is the latest Pitt rankings at QB. 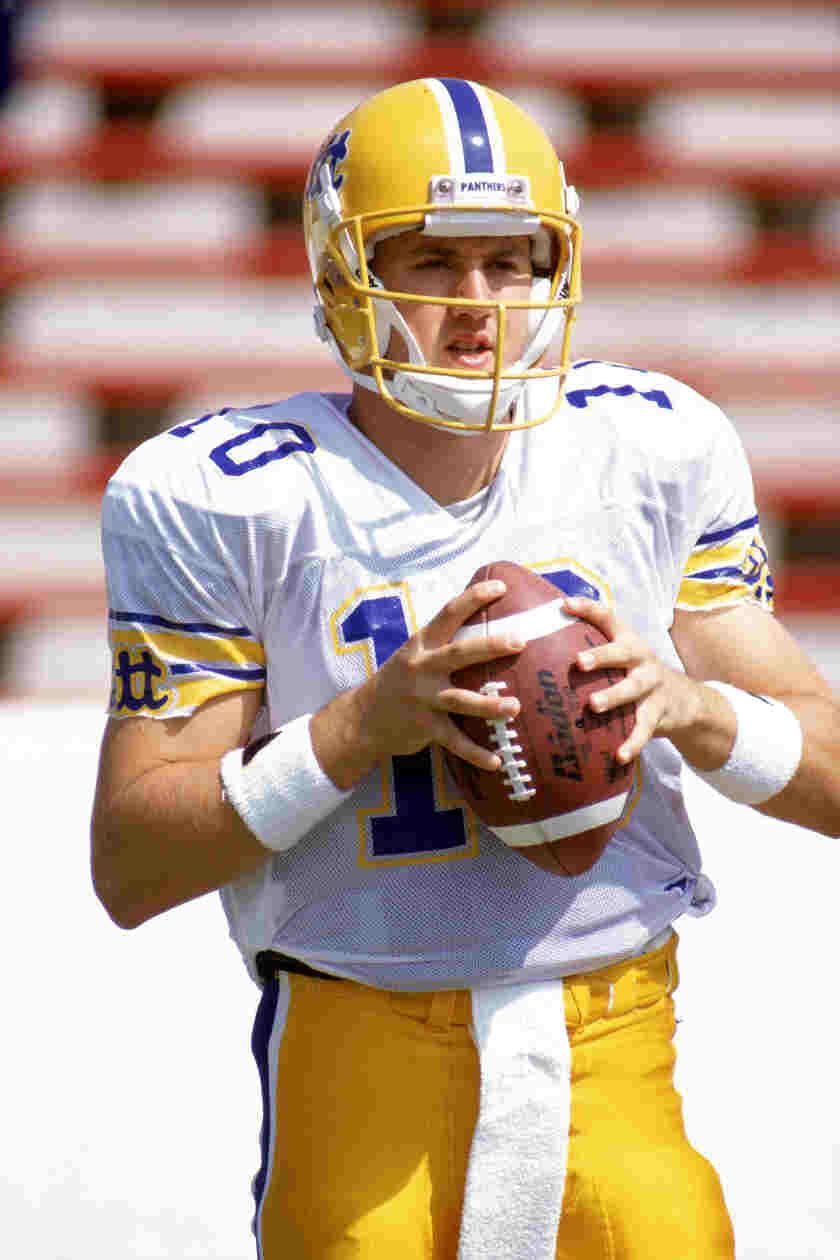 attempts with 865 completions…which gives him almost the same career QB rating as Marino with 127.03.

So you can see that there is a case to be made for Alex Van Pelt to be sitting on the throne also. But his HC Paul Hackett was so inept that AVP’s great QB play didn’t translate into many wins – not like Marino’s did anyway.

Or maybe fan favorite Tyler Palko with his 66 TDs to only 25 INTs for a superb QB rating of 140.80.  He was certainly one of the most vocal and talented team leaders Pitt has had in our history.  Misused (IM think) by Wannstedt in a completely different offense from Walt Harris’ Palko’s numbers dropped but his efficiency went up.  Had Harris been his coach for a full four years Palko’s numbers would up with Marino and Alex Van Pelt I bet.

Personally I believe had Nate Peterman played a full four years at Pitt he’d sit on top of the leader board based on his excellent  career 151.1 QB rating and TD to INT ratio (which I think is very important).  From what I can figure Peterman’s single 2016 season was the best we have ever had as far as QB efficiency rating goes at 163.4 which is truly outstanding and 47 TDs in only 23 full games against only 15 TDs is a hell of a show.

But I’ll capitulate and say let’s give it to Marino anyway because, well – a 42-6 W/L record is almost unbelievable in modern college ball. Plus he grew up on campus which makes for a great story.

One of the problems that John points out with this listing is that we have so many great football players that some very, very good ones have to be left of the list.  Case in point:

Some may want to list James Conner in Pitt’s all-time backfield to join Dorsett. Conner did finish with 3,733 yards rushing and 56 touchdowns in his college career. Pitt had quite a few other outstanding running backs over the years as well: Craig “Ironhead” Heyward, Randy McMillan, Curtis Martin, Curvin Richards, LeSean McCoy, and Dion Lewis, just to name a few, and some would argue that one of them should be Dorsett’s backfield mate on Pitt’s all-time team, but the choice here is Marshall Goldberg.  None of the others has their number retired nor led their team to two national championships like Goldberg did. 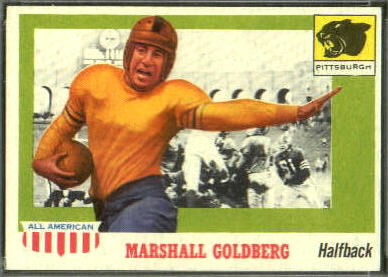 Isn’t that strange in a way – a guy that beats Dorsett’s almost untouchable TD record at Pitt can’t break into the Top Two RBs over our history of play.  Of course none of us watched Goldberg play but as I wrote before on here my parents, aunts and uncles all went to Pitt in the late ’30s and every friday night cocktail party in my youth I heard about Marshall Goldberg and how great those old Pitt teams were – and the were without a doubt the best in the country for many years. 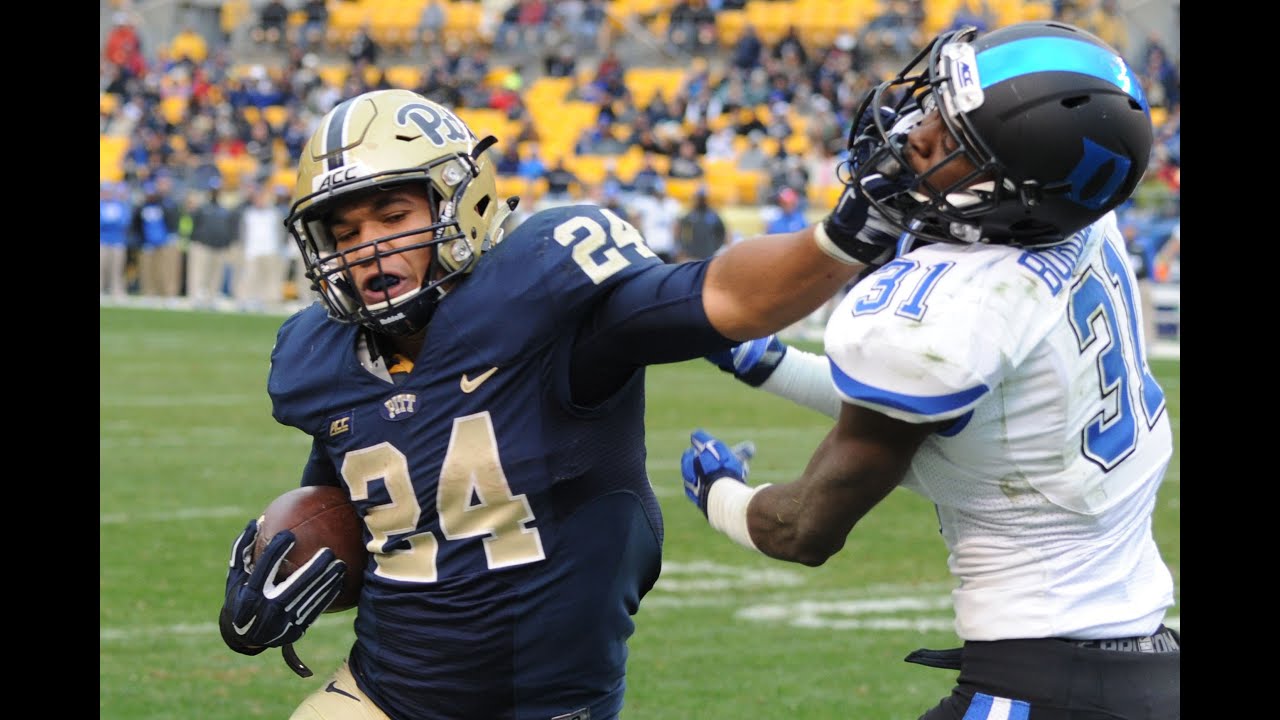 So I agree with this choice – although with a caveat.  If you were to list either the “Most Loved Panther” or the “Most Inspirational Panther” who still kicked major ass on the football field then James Conner would win those awards hands-down.  So for just that reason let’s go to a three running back offense for the Pitt All-Time team, OK?

Read John’s piece and let us know if you agree, disagree or have some others you would put on the list… and how about this… are there any players on this roster today may be up with the greats when they are done here?

BTW – this website that Pitt put up, “Pitt Through The Years”,  is great for us fans – have fun reading it…

Michaelangelo Monteleone Michaelangelo holds a degree in Travel Writing from the University of Pittsburgh. He was a former staff writer for InPittsburgh Newsweekly, and currently resides near Atlanta, Georgia. He has been a Pitt fan since 1997 after he witnessed Pitt upset #22 Miami on Thursday night at Pitt Stadium.
Published April 21, 2018April 21, 2018

59 thoughts on “Pitt’s All-Time Best Players Ever…Ever I Tell You!!”