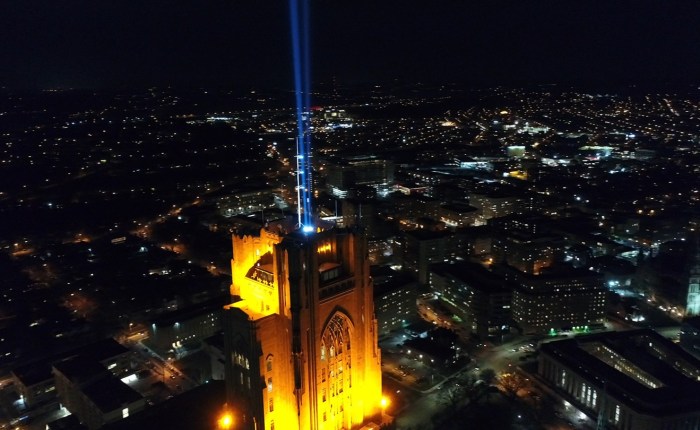 The Pat Signal went up yesterday, and while many people thought it heralded the signing of a walk-on backup kicker (Sam Scarton), it actually signaled something even more unexpected.

END_OF_DOCUMENT_TOKEN_TO_BE_REPLACED

We have a continuing argument on here about the impact of last year’s 31-26 bowl loss on Pitt’s national reputation after the 2016 season’s dust had settled.  More importantly perhaps is what impact all of last season’s games, won and lost, had on the national media’s perception of our program going into this 2017 season.

But wait – let me backtrack a bit here.  This isn’t about Pitt’s football program per se – but is about how the national media viewed the Pitt football team at the end of 2016, then again now and how the team might be gauged going into battle in September.

The people on the Southside I had conversations with when attending spring practices three months ago sure felt… no, they sure knew… that the bowl loss cost us dearly in perceptions and in the actual standings.   By that I mean not only the final 2016 standings but our 2017 preseason rank (or lack thereof).

Here is the AP Final Top 25 list for last year:

I believe that had we won the bowl game combined with our big PSU rivalry win (which is a match-up of historical importance to the national media) and win over #3 ranked Clemson; both games nationally televised and both teams finishing high in the final rankings with one as champs, we would have been ranked between #13 and #17 at the end of the season.

END_OF_DOCUMENT_TOKEN_TO_BE_REPLACED

We had a blast with the call-in show last night and again we proved that no matter who shows up at the Roundtable we are the most knowledgeable Pitt fans in existence.  Of course that is facetious as I’ve met many fans through other venues who know a ton about Pitt football also.

The civil tone was lowered just a smidgen from last week with both Ike and the infamous Dr. Tom coming onboard.  I’m ordering a cut-off button today for future short-story answers to pretty simple and plain questions.

Some items discussed were:

The role of Pitt’s AD and how we feel Heather Lyke is doing… and what she needs to do.

Did Scott Barnes leave the department in good shape?

How we would feel if we had a third consecutive season with 8-5 including a bowl loss.

The D1 Learfield Directors Cup standings; this lists the comparisons of all D1 schools in all sports (not just the 128 in football).

Pitt finished an abysmal 92nd place over all (above) and next to last in the ACC conference (below).  Thus the questions above of what AD Lykes has ahead of her.

END_OF_DOCUMENT_TOKEN_TO_BE_REPLACED

Can we just drop the pretense that all of a sudden we are getting great 3* recruits who have fantastically better offers than those young men whom Paul Chryst, Todd Graham and Dave Wannstedt recruited?  It isn’t true.  Yes, some of those past 3* kids had more minor offers but we have seen that in the last two years also.

That said, I do like these recruits Narduzzi is bringing in – I just don’t think a roster with a large majority of these 3* players are going to make a huge difference in the future (regardless of where their offers come from)…  But we’ll how that comes out later as the games are played, right?

Here are some recruits listings I went through from Rivals.com which showed the Power 5 schools (and BE schools in the earlier years) from the players’ offer sheets.  These individually listed recruits are from 2012 and 2013… with the 2014 Chryst recruits at the end of the article.  I got tired of cutting and pasting by then.

Remember, the below names are only the 2* and 3* recruits who had these ‘Power Five school offers.  if there were less than two of those  offers I didn’t list them (but almost every player had one or two besides Pitt).

It isn’t any coincidence that Wannstedt started winning more games when his recruiting in 2006 and onward started being populated by more 4* and 5* players… even in the lesser quality BE conference.