Athlon released it’s annual preseason All-ACC list about a week ago, and as you might expect, Pitt did not have many names on it.

Meanwhile at the newly-minted Those Guys You Know Pitt sports blog, a couple of …er budding writers have had the chutzuph to name Kenny Pickett an All-ACC candidate.  Looking back at Pitt’s QB history, thaaat could be a stretch. Yes, most of us are optimistic about Kenny’s opportunity to develop into a productive starter in 2019, but all-ACC? You’ve got to be a pretty heavy kool-aid drinks to buy into that.

Editor’s note:  In all seriousness though, do check out this blog, these guys write with a good energy and they are entertaining.  They remind me a lot of myself when I was that age….except I didn’t have blog and I had to write for one of those old-timey newspaper things that people actually had to pick up and read.

Okay so before I get into my findings, I want to explain a couple of things.

Okay now that the boring stuff is out of the way…there are a couple of obvious takeaways here.

First:  Pitt has consistently outperformed Athlon’s predicitions, at least as far as total # of all ACC selections.  And Pitt has generally outperformed Athlon in terms of star power.  This could be because Pitt’s coaching staff is just great at getting the most out of their players and developing unheralded guys, or could be because the national media generally gives Pitt very little respect.  The truth is that its probably a little of both.  And in many ways, Pitt probably is getting exactly what it earns in these pre-season rankings.  Case in point,  Athlon went all-in on Pitt in 2017 (9 pre-season All-ACC selections, 24 Star Power!).  In typical Pitt fashion we fell flat on our face and finished 5-7.  Somehow we placed 9 guys on the team that year, but notice how our star power was 18, instead of the 24 Athlon predicted.  That means a lot of 3rd team and Honorable Mentions, where Athlon was predicting more 1st and 2nd teamers.

Second:  Despite what many of the naysayers have been saying, this chart indicates that the staff has been developing talent over time.  Here is the number of actual All-ACC performers over time

That is a pretty robust trend.  If you look at some of the names in the last two years, you will see a lot of three (and sometimes two) star guys who have developed into All-Conference performers (Ollison, Weaver Herndon, Jackson, Ffrench, Dintino, etc).  This is a very good thing for the Program and it needs to continue.

Star Power on the other hand, has peaked and then dropped off.  Here is the trend:

The “27” by the way happened in 2016.  We had four first teamers (James Connor, Dorian Johnson, Quadree Henderson and Ejuan Price) and two second teamers (Adam Bisnowaty and Jordan Whitehead), which really pushed the score up. If the ACC hadn’t had a bumper crop of quarterbacks in 2016 Pitt’s star power would have been even higher.  Nathan Peterman finished first in ACC quarterback rating and threw 27 TD’s, but alas, Lamar Jackson, DeShaun Watson and Mitch Trubisky all happened to be in the league and sucked up all of the All-ACC votes.  Of course all three happen to be current NFL starters, so kind of tough to argue with how it all shook out.

Last year’s “20” Star Power was in interesting one as well.  Pitt landed exactly zero first teamers, but had six honorable mentions.  Quantity over quality is one way to say it, but a balanced team with fewer glaring weaknesses (but also less bona-fide superstars) is another way to say it.  No matter how you say it, 2018’s “no name everything” was good enough to get us a 6-2 mark in the Coastal and win us the Division title.  (Controversy alert…).  Time will tell if this approach holds true in future seasons.

So what can we expect in 2019?  First, I think we can safely expect some guys who aren’t on Athlon’s radar to emerge as honorable mention or even third team All-ACC when the season is over.  During Pat Narduzzi’s tenure, Athon has named 6 or fewer Pitt players to the All ACC team three times (not counting this year).  And guess what?  Pitt has overperformed vs Athlon’s ratings EVERY. SINGLE. TIME.  Unless Pat Narduzzi and company have suddenly stopped coaching (unlikely) or have lost the team (also extremely unlikely) we should expect him to overperform again.  (Disclaimer…Yes I know this is Pitt and I’m calling no-whammy no jinx here, crossing myself three times and throwing salt over my left shoulder.  I’ve also decided to sacrifice a small chicken to the football gods in hopes that they overlook this brazen optimism.)

Two, I think Pitt has a pretty decent shot at landing double digit guys on the All-ACC team at the end of the year.  It’s happened two out of the last three years.  And if we’d had any semblance of a quarterback in 2017 it might have happened three out of the last three years.   Now will one of our 2019 all-ACC’s be Kenny Pickett?  That is debatable and quite frankly unlikely.  Pit has placed 47 young men on the all ACC team in the last six years.  Not one of them has been a quarterback.   With that being said, if the Pickett Pipe Dream does happen to come true, I’ll be the first one to celebrate.

PS – Pitt actually does have one all-ACC quarterback and that is Rick Caldwell (Erie Express), who organizes the annual Pitt POV golf outing. Rick quarterbacked the “FRANKCAN CUP” yesterday and by all accounts the event was a big success.  Congrats to the winning team, which included Upitt and Jay…These guys are consistently holding Pitt’s football program to a higher standard so it appears they hold their golf game to a higher standard as well! Well played gentlemen! 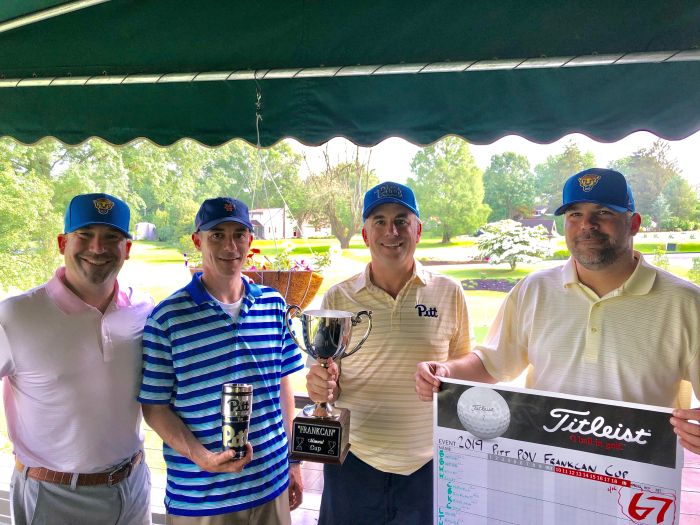 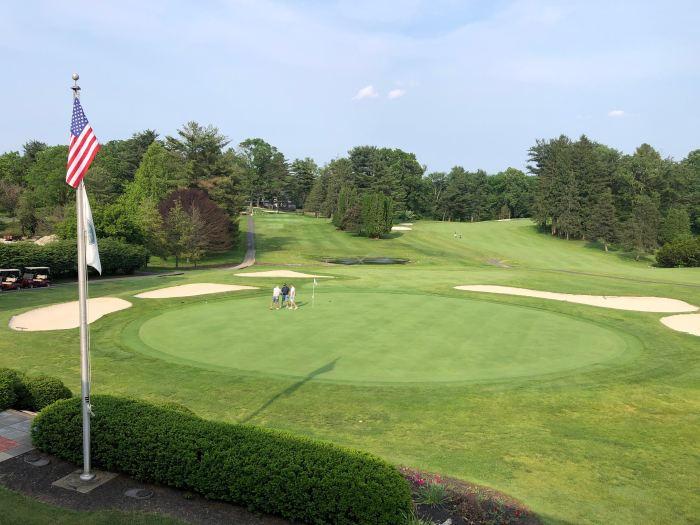 Michaelangelo Monteleone Michaelangelo holds a degree in Travel Writing from the University of Pittsburgh. He was a former staff writer for InPittsburgh Newsweekly, and currently resides near Atlanta, Georgia. He has been a Pitt fan since 1997 after he witnessed Pitt upset #22 Miami on Thursday night at Pitt Stadium.
Published June 1, 2019June 1, 2019