Georgia on my Mind

It must have been fate because Qadree Ollison was drafted by the Falcons that afternoon. Then, later that evening Pitt notched their third 2020 commit who just happened to be from Macon, Georgia.  What are the odds?

First lets talk, Ollison. Big congratulations to him, and selfishly it will be nice to be able to follow a Pitt Panther on what has become my ‘back porch team’.  The Falcons run a lot of zone runs and they’ve invested in their offensive line this year, so it will be interesting to see how their running game evolves.  Devonta Freeman is the clear number one back if his knee is healthy, and the Falcons have a little scatback names Ito Smith who they like as a number two, but Freeman has been injury prone for the last two years, so if Ollison impresses in camp, he could get a chance sooner rather than later.  Given his size, he may also be in line for some goal-line touches.

Second, no mention of Ollison would be complete without mention of the seven Pitt Panthers who signed as Undrafted Free Agents.  Congratulations fellas! 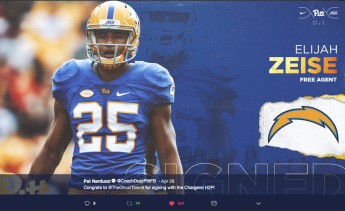 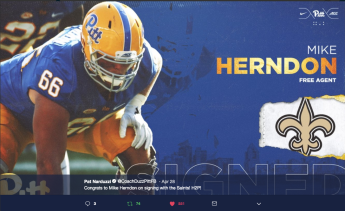 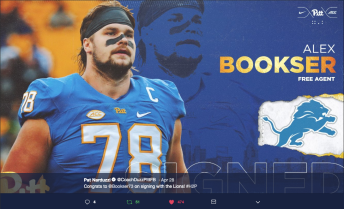 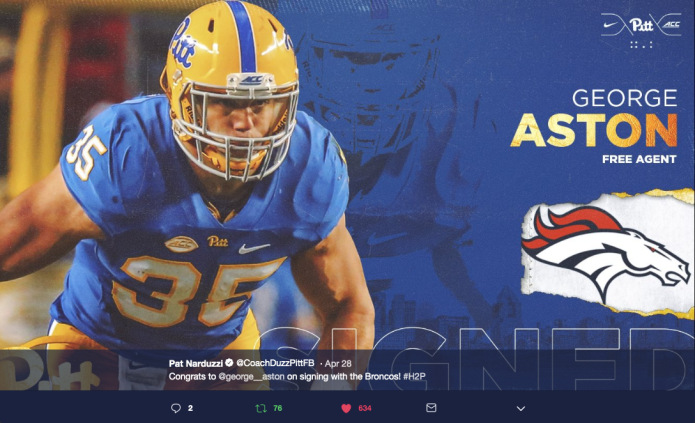 Third, lets talk about the commit.

Jaylen Barden hails from Lizella, Georgia, just outside of Macon.  Judging by the amount of likes on his commitment tweet, he is no stranger to social media.

More important than his obvious twitter skills is his speed.  Barden may be small (5’11”) and lean (176) but he is fluid and athletic and he has speed to burn.   Guys like this do very well in a Mark Whipple offense as PSN noted in this article about Barden a month ago.

Barden had 16 offers, but only three from FBS Schools – Kentucky, Indiana and Pitt.  That could be because Westside HS in Macon is the only the third largest classification in Georgia (There are seven total), so it’s probably not a football factory.  Or it could just be because he’s small.  I can tell you this though, it’s not because he’s not talented.   Yes some will say he’s not the right guy because of the stars, but I’ll say this right now, he’ll make more of an impact than (former four-star WR) Ruben Flowers did, and it’s nice to see Narduzzi and co. finally pick up a recruit from Georgia.  Welcome to Pitt Jaylen!  We are glad to have you.

Michaelangelo Monteleone Michaelangelo holds a degree in Travel Writing from the University of Pittsburgh. He was a former staff writer for InPittsburgh Newsweekly, and currently resides near Atlanta, Georgia. He has been a Pitt fan since 1997 after he witnessed Pitt upset #22 Miami on Thursday night at Pitt Stadium.
Published April 29, 2019