… the more they stay the same. To wit – Reed’s going to be back with the POV again.

I know – WTF? Right? Well, I have just been in meetings with both my accountant and my lawyer about the animal that The Pitt POV is and what it became since I turned the reins over to Mike (“Awesome Mike” I call him).

The upshot of what is happening is this – The Pitt POV is a certified Small Business registered under my name in the state of Maryland and because of that I have some pretty strict  legal requirements on what I can and cannot do with it.

The two main things are having employees and liabilities associated with the business. In a nutshell if we kept the arrangement the way things are today Mike is my “employee” (even if I’m not paying him anything) and thus I am responsible to pay him wages and provide benefits for him…etc.  Since he’s ‘managing’ the Pitt POV business and is it’s full-time writer a whole slew of  legal issues kick in.  There are also issues with copyrights and other crap.  Plus all the computer/website/domain things are still in my name and I’m still paying for everything which makes all the legal stuff even harder to get out of.

This truly came as a real shock to me and we looked at every angle to try to keep things as they currently are, but as Billy Shakespeare wrote, “There’s the rub…” (See below).

So, the upshot is that I’ll be taking The Pitt POV back under my control and Mike will be a ‘guest writer’ just as things were before I turned it over.  It’s either that or I have to close the business and disband The Pitt POV altogether. 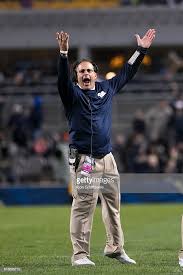 I don’t think anyone wants that to happen… except maybe  King Pat, the current Pitt HC.  This won’t happen right away and I’ve just talked with Mike over the phone this evening and we decided we’ll keep this arrangement until the middle of April or so.

Mike  is a real gentleman and so very gracious and understands what this means for the blog.  He’s OK with this (I was really worried that I’d  be disappointing him)  and I suspect maybe a small bit relieved as he’s a  brand new father and we know how time and effort intensive that is.

What we envision happening after the switch back is that I’ll hold all management issues get back to writing more articles and he’ll kick in his own expert point of view on Pitt athletics when he wants to – instead of feeling that he’s obligated to.

I do hope all the POV readers and commenters understand that I was very happy with Mike’s efforts and his writing on here – he’s a solid wordsmith and his articles are great,   even though he and I see things through different lenses some times.  After the changeover we’ll have a bit of a ‘Point-Counter Point‘ going I’m sure.

One of the reasons we’ll wait until April is that I’m in Shakespeare’s play (Henry V) at the Chesapeake Shakespeare Company in Baltimore.  This is a “Vet Arts Connect“ program run in conjunction with the Veterans Affairs. It has been a blast so far even if the twice weekly rehearsals are pretty brutal for me as my memory ain’t what it used to be.

Especially because I’m playing three roles (Duke of York, The Dauphin and Bishop of Ely). I’m seriously thinking about getting one of those play-calling wrist cuffs a QB wears with my dialogues on it. So I’m two-blocked with that commitment until mid-April when we stage the play for the paying public.

So Mike will keep the reins until after the Pitt Spring Game on April 13th, which also is the day my play will be performed, then we’ll switch over.  That is until Mike decides to start his own Pitt blog and take all the Pitt POV readers with him…which he half-joking said he just might do… and that would be fantastic also.

I do want to reiterate to everyone that I was completely happy with the arrangement as it has been since Mike took over and really am sorry we can’t keep on that way.  But it is what it is and truth be told I’m looking forward to being involved again…  I miss you guys a lot more than I thought I would so that’s a silver lining with the situation at least.

Thanks and I’ll see you next month.

Michaelangelo Monteleone Michaelangelo holds a degree in Travel Writing from the University of Pittsburgh. He was a former staff writer for InPittsburgh Newsweekly, and currently resides near Atlanta, Georgia. He has been a Pitt fan since 1997 after he witnessed Pitt upset #22 Miami on Thursday night at Pitt Stadium.
Published March 17, 2019March 17, 2019

88 thoughts on “The More Things Change…”