Well folks.  Here it is.  The official Pitt POV Sun Bowl prediction thread.  We’ve said a lot about this game, and I’ll recap the conversation.

On one hand, Stanford has the talent to make us look bad if they show up to play.  Their roster is dripping with four star players, and the Cardinal passing game is very good.

On the other hand, a lot of Stanford’s starters are not playing due to injury or NFL combine prep.  Also, you can’t measure heart and desire, which you would think the 19 (mostly two and three star) Seniors on this 2018 Pitt squad have in spades.

My heart wants to say that Stanford overlooks us and Pitt will win this one with their smashmouth style, ultimately sending the Senior class off in with a bowl win and something to really hang their hat on, but my head says David Shaw is a heck of a coach, and he’s had two weeks to prepare, and that scares me.

I’m sticking with my original prediction, but I sure hope I’m wrong.

What do you have to Say Panther Nation?  Sound off! 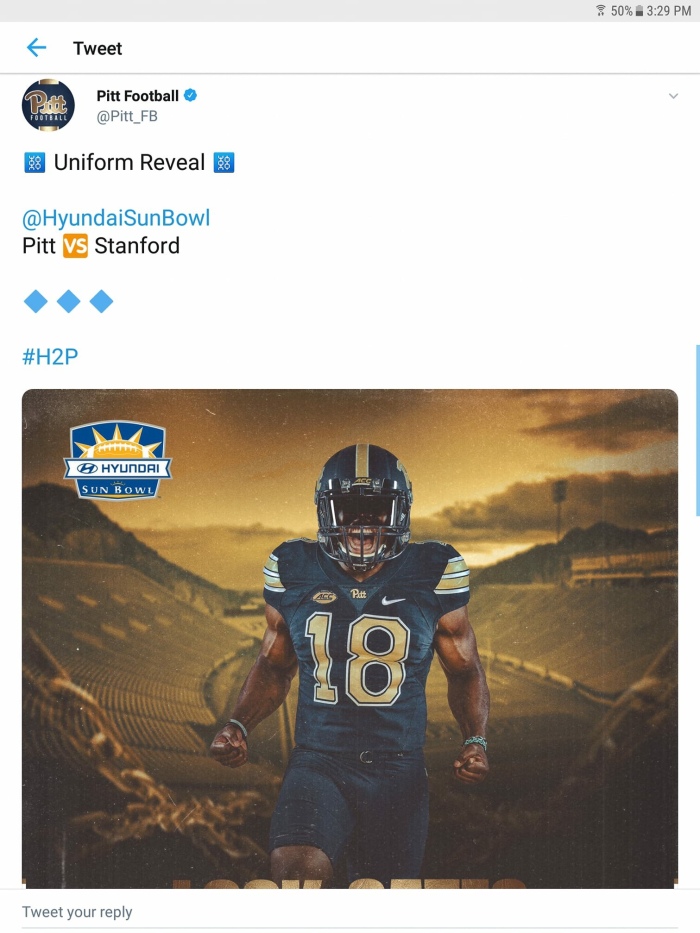 Michaelangelo Monteleone Michaelangelo holds a degree in Travel Writing from the University of Pittsburgh. He was a former staff writer for InPittsburgh Newsweekly, and currently resides near Atlanta, Georgia. He has been a Pitt fan since 1997 after he witnessed Pitt upset #22 Miami on Thursday night at Pitt Stadium.
Published December 30, 2018December 30, 2018