• Pitt travels to North Carolina this Saturday for its first road game of the season. The Panthers are coming off a 24-19 win over Georgia Tech. The Tar Heels, originally slated to host UCF last week, saw their Sept. 15 game canceled due to Hurricane Florence.

SERIES NOTES
This is the 13th meeting between Pitt and North Carolina in a series that dates back to 1974…nine of the 12 games have been decided by single digits, including each of the last seven contests…the Tar Heels lead the overall series, 9-3, and have won all five ACC encounters, including last season’s 34-31 decision at Heinz Field…Pitt and North Carolina meet annually as members of the ACC’s Coastal Division…the Panthers are 2-4 against the Tar Heels in Pittsburgh and 0-5 in Chapel Hill…Pitt won the lone neutral site meeting, 19-17, in the 2009 Meineke Car Care Bowl in Charlotte…bowl MVP Dion Lewis rushed for 159 yards and a touchdown, while Dan Hutchins provided the winning points on a 33-yard field goal with 52 seconds left to upend the Tar Heels…that 2009 bowl victory capped a 10-3 season for Pitt…the Panthers’ only two regular-season wins in the series both occurred in Pittsburgh: 20-16 in 1978 and 7-6 in 1982…the 1982 game served as the opener for both schools and was a battle of preseason Top 5 teams in Three Rivers Stadium…Pitt, led by quarterback Dan Marino, was the preseason No. 1 team, while North Carolina, which featured tailback Kelvin Bryant, was No. 5…the ’82 game was played in Three Rivers Stadium to accommodate a weeknight CBS primetime TV audience. 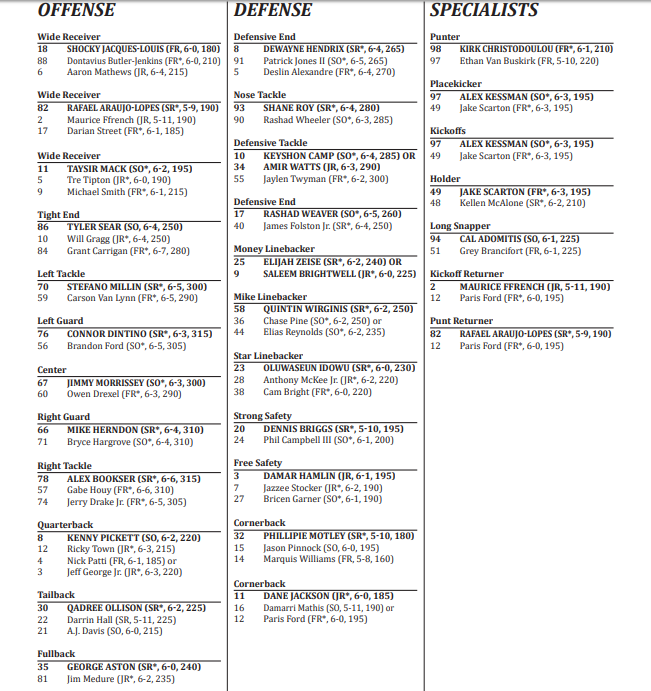 Michaelangelo Monteleone Michaelangelo holds a degree in Travel Writing from the University of Pittsburgh. He was a former staff writer for InPittsburgh Newsweekly, and currently resides near Atlanta, Georgia. He has been a Pitt fan since 1997 after he witnessed Pitt upset #22 Miami on Thursday night at Pitt Stadium.
Published September 18, 2018September 18, 2018