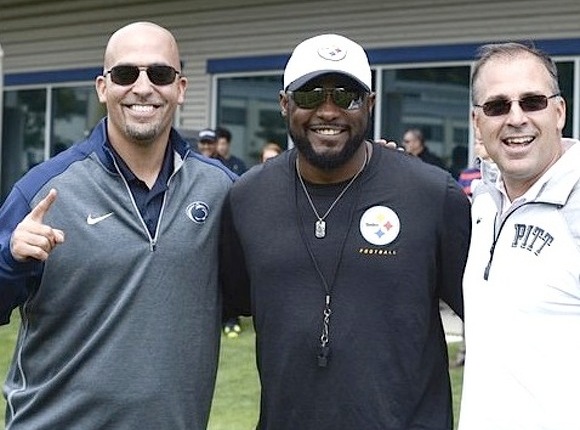 I’m not sure what, if anything, we can tell about Penn State’s ability to play football this season based on their first game.  As we all know they squeaked out an overtime win on an end zone interception to best the Appalachian State Mountaineers 45-38.  I’m not letting that close score fool me though.  App State is in the Sun Belt Conference and while it’s a Football Championship Subdivision (FCS) conference it has some pretty good teams in it – and App State is one of the best.

Over the last three years they averaged a 7-1 conference record and a 10-3 overall record so they consistently play good ball.  Last year they lost to Wake Forest by a single point then the year before it took overtime for Tennessee to win against them. So the fact that they almost won against the Nitters doesn’t surprise me all that much.

I guess what I’m saying just as I’m not sure how our Panthers are going to play on Saturday I’m also not sure how the Nitters will either.  The odds have moved a bit in PSU’s favor I believe.  If I remember correctly it was first posted at PSU -7.5 pre-season…then went up to PSU -10.5 right after the opener and now is this:

So if I read that correctly Pitt is getting between 8.5 to 15 (!) points.  Actually that sounds about right to me but again, who knows?

I do know that I’m concerned very much about our passing defense going into this game. 263 yards is a lot to give up to anyone and to Albany it hurts a little bit more. But as coaches like to say “The biggest jump in quality is between Game One and Game Two!” of course they are talking about their team like they are in a vacuum.  Just as Pitt will be better this Saturday I’m thinking PSU will also – the key will be which team makes the biggest leap.

Something that I did notice about PSU was that their OL played pretty well (as did ours) in their giving up only one sack and two Tackles for Loss.  Our DL is going to have to put real and constant pressure on QB Trace McSorley if we want to contain their passing game.  Against Albany we had five sacks and six TFLs – if we can replicate that we’ll have a good chance on the afternoon.  Because I do think the difference will be which team passes the ball more effectively.

I’m also going to keep an eye on Miles Sanders their premier running back. Last Saturday he did a workman’s like job with 19 carries for 99 yards (4.8 ypc) and 2 TDs.  But on his career he’s averaging 6.2 ypc on 75 carries – he’s a good one and I think our defensive front seven will have their hands full with him.

But overall, as I said above, it is hard for me to get a handle on just what this PSU team is all about. Last season was a good one for them.  They ended up with an 11-2 record and scored an average of 41.4 ppg while only giving up 16.5 ppg.  However going into 2018 they have lost almost their whole LB corps and their starting DBs to graduation or leaving early and are re-building those units.  But I believe they have a lot of talented players waiting in the wings.

This is a “Know Your Enemy” article and there just isn’t enough quality info out there about the Nittany Lions for us to “know” what they really are about.  Will we see the team that almost lost to Appalachian State…or will we see a team that settles down and plays the type of football we have seen from them in the past?

Who knows?  And because it is Pitt vs Penn State there are always things that are unexpected going to happen.  We’ll do a “Game Predictions” article on Friday (tomorrow) and that’s where I’ll put down my winner and score numbers… but at this point and after watching both teams I do think we’ll have to get some bounces going our way to pull this game out… but again, who knows?

Not that these stats matter at this stage of the season but here’s Pitt’s NCAA standings (at least it is something to look at if you can read it): 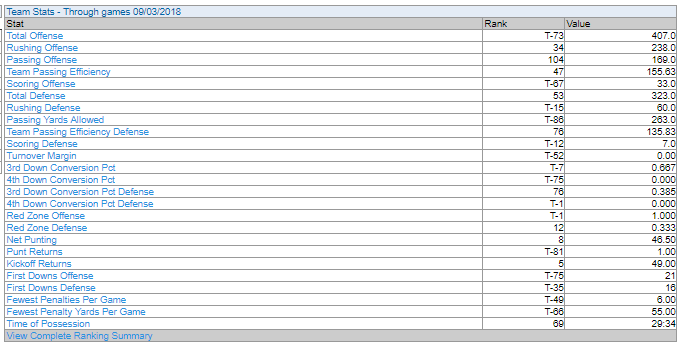 Here is the full listing if you want to see it…