How Did I End Up a Pitt Fan?

The most accurate answer to the above is ‘Beats me!’

I have no real connection to Pitt.  My parents were neither alums or fans; my dad was a Youngstown University grad and my mom wouldn’t know a touchdown from a double bogie.  I didn’t attend Pitt but did have a cousin who graduated from Pitt in circa 1964, but that’s about it.

I grew up in Lawrence County, about 60 miles north of Oakland but did read the Post-Gazette sports page every morning in the mid to late sixties.   My dad followed the Pirates (many a summer evening was spent on our patio listening to the Gunner and the Possum) so I was quite familiar with Pittsburgh sports, but frankly, Pitt football was not much good then nor do I ever remember watching them on TV.

Maybe it was sympathy.   Full disclosure – I adopted Alabama as my favorite team back then, and I also had no hatred whatsoever towards Penn State.  In fact, the first major college FB game I attended was a 63-7 drubbing of Pitt by Penn State which I believe was in the first of their two back-to-back unbeaten seasons. (Edit Note: 1968 was the season where we were outscored 197-16 over the last four games with both Miami and Army pitching shutouts against us).

In addition, I knew of Pitt’s head basketball coach Buzz Ridl way back in 1964 when my dad took me to watch Pitt play at Westminster (yes, at Westminster).  If memory serves, Pitt lost.  I do remember Brian Generalovich having ‘General’ written on his warm-up jacket. 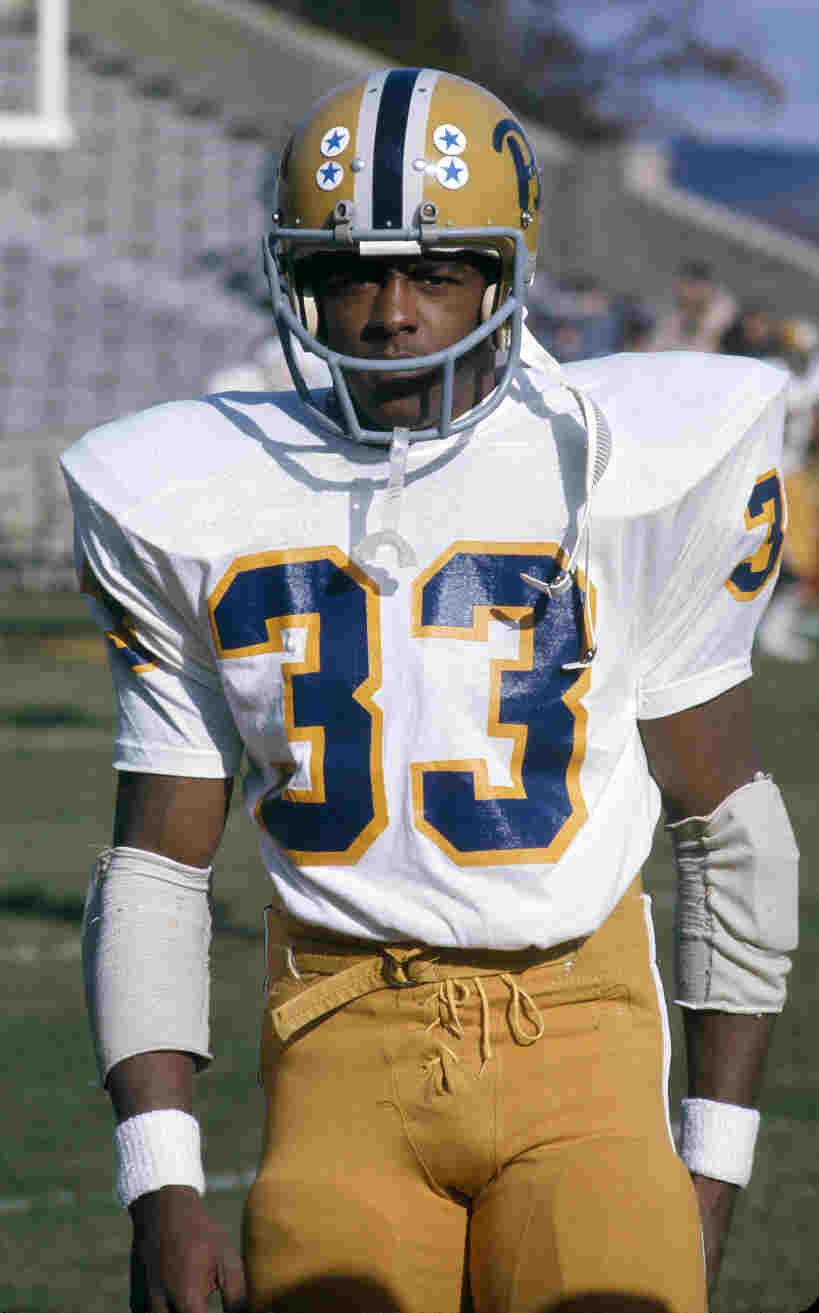 And further, I became sold on college football and never found it more exciting than when both Pitt and PSU were ranked in the Top 10 in late 70s / early 80s.  And, of course, I saw two of the best of all time in Dorsett and ‘tackle made by No. 99 Hugh ___’ (still the best college FB player of all time IMO).

My friends and I would drive an hour and a half to watch a couple of Pitt games per year beginning in ’73.  I was there when they lost to highly ranked USC in ’73 as the Trojan and his large white steed roamed the sidelines.   I remember Dorsett running a for a 75 yard TD on the first play from scrimmage versus Navy in 1975 only to have it called back.  That was the closest Pitt came to scoring that day in that upset loss.  I was at the stadium in 1976 when Pitt would assume the No. 1 ranking; I remember the PA announcer announcing that Michigan was upset and then proclaiming “Guess who’s No. 1 now!”  (or something like that.)

I saw a large handful of Pitt FB games both live and on TV before I moved to Ohio (Akron) in 1982.  But even then, I kept close tabs, watching them on TV and making the trip to Pittsburgh on a few occasions.   When I finally moved to the Pittsburgh area in the late 90s, I would attend FB and BB games more frequently.  Finally, beginning in 2002, I became a season ticket holder in FB, having as many as five sideline season tickets as well as having BB season tickets for the first 4 years of The Pete. That all ended in 2007 when I had to leave for employment purposes.    But over the last several years, I along with a couple of my friends, still held the three-year season pass package.

Michaelangelo Monteleone Michaelangelo holds a degree in Travel Writing from the University of Pittsburgh. He was a former staff writer for InPittsburgh Newsweekly, and currently resides near Atlanta, Georgia. He has been a Pitt fan since 1997 after he witnessed Pitt upset #22 Miami on Thursday night at Pitt Stadium.
Published May 18, 2018June 5, 2018