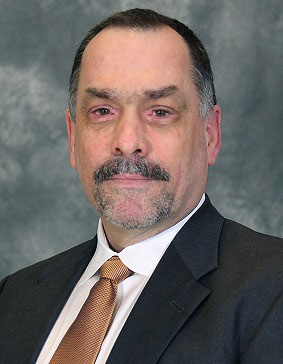 In an area of what I believe is desperate in need – Pitt’s Pat Narduzzi has hired one Dave Borbely as the new Offensive Line coach.  I almost had a heart attack when I saw who it was though… Dave Borbely – the Grim Reaper of Maryland QBs.

Here is Pitt’s press release on the hire:

Borbely (BOAR-bah-lee) has more than three decades of experience coaching offensive line play at the collegiate level. He owns 37 years of experience overall, including tenures at Notre Dame, Colorado, Virginia, Louisville, Stanford and, most recently, Maryland.

“After a long and detailed search, I’m really thrilled to welcome Dave Borbely as our new offensive line coach,” Narduzzi said. “We could not have hired a more experienced or qualified coach to continue our growth on the offensive front. Dave is an outstanding teacher who knows how to develop players. He owns a long relationship with our offensive coordinator, Shawn Watson, which will be a major strength for our coaches and players alike. Dave has a great football mind and will be a huge asset in our game planning throughout the season.”

“I want to thank Coach Narduzzi and the Pitt staff for this opportunity,” Borbely said. “To have the chance to coach at an institution with such rich history like Pitt is a huge honor for me. Also, to have the opportunity to coach where Joe Moore started his great legacy as the best in the business is very humbling. I’m greatly looking forward to getting started.”

Borbely spent the past two seasons at Maryland. In 2016, his offensive front helped the Terps produce 2,594 rushing yards, only the seventh time in program history—and first since 2003—the Terps surpassed 2,500 yards on the ground. Maryland also rushed for 26 touchdowns in 2016, its most since the 2007 campaign.

I live down here in Maryland Terrapin Country and the running joke down here was…. drum roll please… how bad the the OL was because every QB Maryland had to throw out onto the field of play crawled  back hurt.  Seriously, four different kids had to play because they kept getting the crap knocked out of them and were seriously injured. Here’s what I mean:

Maryland true freshman quarterback Kasim Hill is out for the season with a torn ACL. Hill went down in the team’s third game of the season, just two weeks after starter Tyrrell Pigrome also tore his ACL in a win at Texas.

Four-star North Carolina transfer Caleb Henderson, the oft-presumed starter during the offseason, has been injured since then and is yet to appear this season.

That means Maryland’s relying on its de-facto fourth-stringer, true sophomore Max Bortenschlager. He’ll be the guy who leads Maryland into Columbus to face No. 10 Ohio State on Saturday (4 p.m. ET, Fox).

Why?  Because Maryland’s OL has been truly horrid in pass protection over the last two seasons.  They truly sucked.  A key indicator if an OL is doing their job is two-fold.  First it is how well the running game went.  Secondly., and I think this is even more important given Pitt’s situation with a first year starting QB, is how well does the OL protect the QB.

Well, not a whole lot of good things to say about point #2 there.  Maryland has been at the bottom of the D1 ranks in the last two years in both “Sacks Allowed” and “Tackles for Loss Allowed”

Here are Maryland’s actual Sacks and TFLs Allowed stats from the NCAA for the 2016 and 2017 seasons (remember there are only 129 D1 teams):

Add to all that the fact that we’ll be playing with an inexperienced OL two-deep in 2018 and fear creeps in…I’m thinking of taking an insurance policy out on Pickett’s life tonight.

Not much more to say about this fellow. He did follow his verbal prompt to drop old Pitt OL coach Joe Moore’s name as soon as he could for the fan’s sake so that’s a good thing.