Here is a well written and very detailed article about recruiting and recruiting stars awarded. It is written by long-time reader and commenter Joe L.

Much has been written and discussed recently on the Pitt POV about Pitt’s football recruiting, including the lack of 4* or 5* commitments in the current class. One of Reed’s most recent posts concerned the development of Pitt’s 4* recruits over the past eight years. I found it to be a sobering analysis; one that clearly shows there are no guarantees that a more highly touted high school player will turn into a star – or even a solid contributor – at the Division 1 Football Bowl Series (FBS) level of college football. 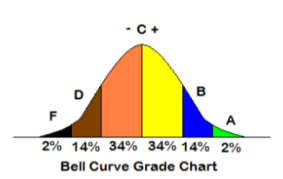 The recent discussions about the current class of 3* kids caused me to wonder how Division 1 schools who consistently recruit at the 3* level actually perform on the field.  And by the way, from all I’ve read a 3* player is generally perceived as “OK”.  Not great, not very good and not bad. Just OK.

It probably makes sense for me to share my definition of “OK”.  I’m certainly not talking about Oklahoma. When I speak of “OK”, I’m thinking of the word acceptable, meaning not very good or very bad. In my mind, 3* players are like C grade students. They represent the bulk of the population. They are average.

As I pondered this world of OK recruits, questions came to my mind such as:

To be clear, I did not approach this with the intent of determining if a 3* program has what it takes to consistently win championships or record 10+ wins per year consistently. When you see the schools below who earn this designation, you will quickly note that most of them do not perform at such a level. Clearly the ability to do that requires a roster with multiple star players, who mostly graded out as 4* or 5coming into college. What I did want to understand though was how 3 programs perform and just how does Pitt compare to those schools.

With these in mind, I performed an analysis using data from the Rivals.com recruiting site using recruiting class data for the last five years; 2013 to 2017.  In each one of those years I pulled out any school with an average of 2.75* to 3.25*.  That yielded 50 different programs who made the list at least one time. So – there is a lot of company in the land of OK-ness.

The following table shows those 50 schools and the number of times in five years that each qualified as having a 3* recruiting class:

Some of these schools are outliers as they only turned up a few times and are either better or worse than a “3* program”.  Many would agree that schools such as Oklahoma, Texas Christian University (TCU), Washington, Miami, Stanford and even – sigh – Penn State belongs on a 4* list.

They are all pretty good and I would never call them “just OK”. Likewise, there are other schools that perhaps got a bit lucky and popped up for a year or two from an otherwise 2* existence. These schools are really “sub-OK”. What they have going for them is that they know they aren’t very good. Ask any Indiana or Illinois fan.

With a desire to separate all that chaff from the “truly OK” 3-star programs’ wheat, I pared the list above down to those who registered 3-star ratings for four or five years. Those are in the lighter shaded area in the table. Pitt made the cut by registering a 3* class in each of the five years examined. The resulting group (lighter shaded area in the table above) is composed of 22 schools.

Here are some observations about the group; in my opinion it’s not a bad group in which to be associated.  In fact, it is indeed an OK group. A definitively OK group, if you will.  There are some well-run, successful programs in this group. Really OK programs; actually, pretty good programs. We Panther fans should be delighted if Pitt had those higher listed school’s win levels and consistency.

By the way, I made one exception to the four+ years filter. I kept Georgia Tech on the list because one of their other two classes was very close to 2.75 and they are an annual ACC opponent. Further, I think they have an OK program.

In the table below, the five-year average recruit star ratings of those 22 schools is shown. Also included are the ratings of the 2018’s early signing period, the five-year average number of recruits by Rivals’ star level and then average wins per year. Note that the ACC schools are shaded in blue. Also, this list is sorted in descending order by average wins per year.

Note that this OK group averages around three 4* and almost no 5* recruits each year. Start landing a 5* or two and you will be kicked upstairs into the “pretty good “ category.

Likewise, these schools tend to have about four recruits each year that are below the 3* level. Pitt is consistent in comparison to the group averages, or put another way, “pretty OK”.

But a key point is that our average Rivals class ranking is 42.2 over that time period. That’s below the mean ranking of 38.5 for Power 5 programs plus Notre Dame. In fact, we are near the bottom of our current 3* peer group, which is definitely not OK.

Yes, it’s possible and happens about one-third of the time. I was most surprised that Oklahoma State was in this group, followed by Virginia Tech. I would have expected them to be above the OK level. Wisconsin though is the prototypical program for achieving high levels of success using 3* talent. Could it be there is something in all those cheese curds they eat or is it just the Big Ten schedule?

Of those 8-9+ win schools, do they have any common characteristics?

These winning programs generally have stability at both the AD and HC positions for long periods of time and for the most part have managed transitions smoothly. The AD’s are generally great fundraisers, although they don’t tend to be alumni or necessarily from a football or basketball background. And in case you were wondering, none of them came from compliance, although that might have been a good idea at Baylor or Louisville.

And none of those AD’s hired Mike Haywood for 10 minutes or Todd Graham for 11 months. And no surprise here, they all have nice, on-campus stadiums. Perhaps Pitt could ask Boone Pickens to fund a near campus stadium Pitt to amend for his raiding of Gulf Oil some years back.  I’d forgive him, once and for all – promise.

Where does Pitt fit in this group of 22 3*schools?

Pitt is in the lower third of the group and that isn’t good. A solid C grade. Of course, If I want to try to make myself feel better, I could say that we’d look much better in a group composed of Cincinnati, UConn, Rutgers, University of South Florida (USF) and other 2* former Big East programs.

But we did that once, got the tee-shirt and it didn’t make things much different, did it?  So even though we are among the “mediocre OK” programs in this group, I’m OK with it as things could be “worse than not-so-OK” had we not been called by John Swofford one fine fall day.

Does our ACC competition fit into this group – or not?

Most of our Coastal Division foes are on the list. Pitt matches up well with them, which begs the question, “Why aren’t we in the hunt for Coastal division titles every year?” Perhaps it’s more than just the Jimmies and the Joes? Could it be the X’s and O’s?

How many schools outside of the Power 5 are in this group?

Amazingly none. And to think of all the posts I’ve read over the years that said otherwise. Well, now we all know for sure. 3* OK is not MAC mediocre or American Athletic Conference (AAC) mediocre; it is “Power 5 OK” for gosh sakes. That must be worth something.

Having done this little bit of analysis, I’ve decided that I’m OK that Pitt is in this group of 22, but dammit I’m not at all happy about being “below average OK” – I believe Pitt can be and should be “elite OK”.  And to do that, they need to win two more games per year. For that to occur, Pitt needs to take that above average – actually Top-Five – schedule and change it so it better fits our OK program. Of course, supplanting two top opponents with two sub-OK ones is no guarantee of two wins as we all know. So, before we give up the big games with big crowds, we will need to understand that upfront. OK?

Look, I appreciate that there are plenty of you out there who remember the glory years of the 70’s and early 80’s and believe we can get there again. That’s another debate entirely.  All I’m trying to say here today is we can realistically get to a “better than average OK”, C+ grade program before we become a decent program in the “land of the OK” but we are underperforming as a 3* school and that is definitely not OK.