Last week I wrote a lengthy article titled “Here’s Hoping For the Best” where I listed the positions where we would have to be replacing departed starters and how well I though we’d do in that regard – which was on the negative side. This article will be about our returning starters who will almost assuredly do well.

If you remember for going into the 2017 season we have only six returning starters on offense and just four on defense.  That is a hell of a lot of ground to make up to equal or better the quality of play we had last season.  The real rub is that we are going to rely pretty heavily on youth (rsFR and SOs) if the fan’s belief that Narduzzi will play better talent over experience.

I wonder about that last point and have a feeling we’ll see some old familiar faces in places we really don’t want to meaning the defensive backfield.  Narduzzi has talked numerous time in the off-season about Maddox SR) , Briggs (JR) and Phillipie Motley (JR) in addition to the one kid everyone wants to see in the lineup – Jordan Whitehead (JR).

So let’s talk about the ’17 players who we know are going to be returning starters and how well we think they will play.

Since we have already mentioned Whitehead let’s start with him. As far as any competition in his new position, Free Safety as opposed to the Strong Safety position he played his first two seasons, I don’t think there will be any worry with him as his talent is about as top end as it gets.  Add to that his two solid years starting in our defensive backfield experience and he’s a lock.

Still on defense we have only one other starting position (disregarding that silly “depth chart” put out by Pitt last week) I think is a returning starter is SR Rori Blair at DE.  I am wary of him as with a rather nice first season where he show some flashes of very good play he’s not live up to expectations.

With a full 12 games played in Blair ended up only the 16th tackler on the squad with 22 total. Now – within those 22 tackles he had 5.0 Tackles For Loss (TFLs) so his effectiveness when he was playing well (in spurts) was OK.  Because of that I think we’ll see him start the season opposite Dwayne Hendrix at the other DE position.

In addition to Blair and Whitehead we’ll have SR Avonte Maddox back as one Cornerback.  he played well last season in the midst of a total pass defense implosion. When I say “played well” it has to be taken in that contest because as far as defending the pass all of the roster’s DB pretty much screwed the pooch.

But for the 2nd consecutive year he led the defense in INTs (3) and passes broken up (8). He was the 7th leading tackler and here is a very interesting bit of info – from that CB spot he was third on the defense in TFLs with 8.5 – 2.5 of those being sacks. he could do that because he’s  fast and although undersized in the height department at 5″9′ he’s a strong young man.

Those are the only three returning starters on defense who I  think are going to play above average ball… that’s on defense.

Offense is another story and more to feel good about.  I’ll start here with the two returning starters I think will be the most important – rsJR FB George Aston and rsJR LT Brian O’Neill.

Aston impressed with his toughness back in 2015 when he played FB in four games for us. In that limited time he also scored two TDs on eight  receptions.  But it was his blocking for RB Qadree Ollison that really opened up our eyes and how Aston allowed Ollison to go on that great first year tear of 1121 yards and 12 TDs.

Then last season Aston came into his own with his concrete contributions to our offense:

I’ll go as far as to say that I think he has a good chance to be our offensive MVP this season.  That is if the staff and fans can find it in themselves to fully acknowledge what a FB’s job entails.

First – with a new QB in Max Browne, and he a QB who is not fast or shifty at all hardly, the defense are going to tee off on trying to attack him. The other RB and Aston are his last line of blocking defense against that – and chances are the RB has already shot into the LOS on a play-action pass fake or swung out on a wheel route.

Wonder why Peterman was sacked only nine times last season? We had a good interior OL for sure but go back and watch tapes of just how great Aston was of picking up and blocking the guy who had the best shot at a sack of our QB.

Add to that the fact that we don’t have Conner again and that’s going to make the FB even more valuable in lead blocking the smaller RBs (Moss and Hall) into the LOS.  On Henderson’s sweeps watch how effective the FB is in sealing off the corner.

Watch this video starting at the 2:57 mark and notice how Aston level the LB pursuit on Henderson TD run.  Then start at 3:16 and watch Aston work on four more plays for TD.

So I believe if Aston plays the way he is 100% capable of he’ll silently be the best on offense, except for maybe…

Left Tackle Brian O’Neill was switched from Right Tackle to the left side to replace Adam Bisnowaty at the all-important Left Tackle spot that protects the QB’s blindside.  If he plays the way he did in 2016, and he’ll be even better I believe, we’ll see him extent his “No Sacks Allowed Past Me” policy for the 2nd consecutive year.  As a plus O’Neill was just put on the Danny Wuerffel award to match his nomination as the nation’s OL’s best for the Outland Trophy.

Already a preseason candidate for the Outland Trophy for his fantastic blocking ability, O’Neill (Wilmington, Del./Salesianum School) now lands on the Wuerffel Trophy watch list for his off-the-field highlights. O’Neill has been one of Pitt football’s community service champions since joining the team.

His outreach into the community includes a mission trip to a Haitian orphanage during the spring of 2016 and fundraising for future trips to Haiti by Pitt student-athletes; visiting the Southwestern Pennsylvania Veterans Center and Mel Blount Youth Home; and volunteering his time for the Big Brothers Big Sisters of Greater Pittsburgh, Boys & Girls Club of Western Pennsylvania and Christmas at Pitt programs.

On the field, O’Neill is a returning All-ACC selection and the reigning SB Nation “Piesman Trophy” winner. He started all 13 games at tackle for the Panthers last season and scored two touchdowns on trick plays—a 24-yard lateral-catch-and-run against Georgia Tech and a 6-yard end-around versus Virginia Tech.

rsJR Alex Bookser is another good returning OL player and he’s also sliding around to start at the open Right Tackle position.  But he may miss up to three games at the start of the season – that number depending on how Narduzzi wants to award discipline.  He’ll sit at least one game for sure (I think). Bookser is solid and quite honestly he and O’Neill are the only two OL who I believe are locks to excel at their respective positions.

Yes, I know that rsSR Alex Officer has been recognized nationally also and has 34 consecutive starts but I see him as being a good but not great, still – I’ll put Officer on the “Don’t worry too much about him.” list… even though I have a gut feeling he’ll disappoint somehow.

That right there are five of the six positions in which we have offensive starters returning to play.  Let’s look over at WR where we’ll see the last two starters (presumably) to be out there at kickoff.

rsSR Jester Weah has his last year to really breakout and attain that superstar designation – and he’s well on his way in my opinion.  While Weah didn’t catch a huge amount of passes last season…

… at only 36 you can see that 870 total yards (62nd nationally) was the result of an astronomical 24.2 yards per catch average.  That 24.2 would be right near the top of all receivers last year.  He’s good and he’ll produce.

JR ATH Quadree Henderson is last on this list, but where to put him?  Is he one of the six returning starters?  Good question.

Well, Narduzzi just said the he needs Henderson to be a “complete Wide Receiver” so let’s place him opposite Weah.  Any Pitt fan who follows the team at all knows what Henderson did last season – but for those fans who were in solitary confinement with total isolation here are his stats:

He’s not replacing anyone as a KR/PR so we’ll discuss his success at that later on.

Above are the players I feel we don’t have to concern ourselves with playing good ball this season. We have a lot of question marks amoung our starting 22 positions but these aren’t any of them. 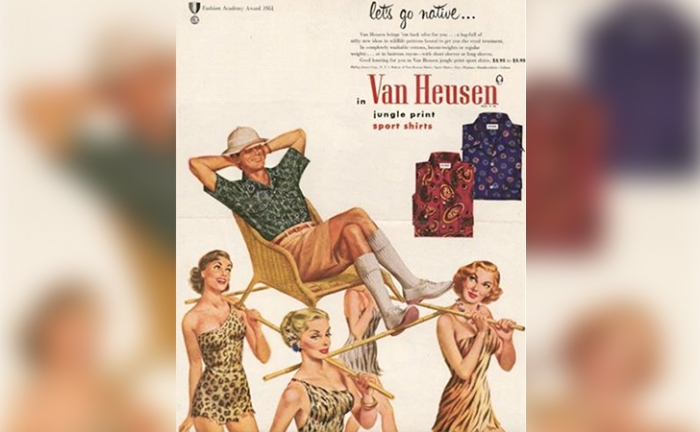 97 thoughts on “Where There Are No Question Marks”